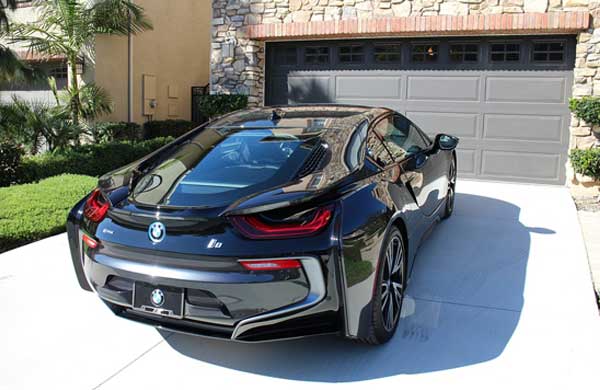 More and more Americans have been choosing hybrid cars on their most recent trips to the dealership. These cars are obviously much better for the environment, but they also benefit your wallet, as you can reap several financial benefits by going the hybrid route.

It’s common knowledge that hybrid cars get much better gas mileage than non-hybrid cars, typically about 20-35 percent better. This adds up to significant savings over time, and you’ll keep saving money as long as you have the car. Let’s say that you drive an average amount of 12,000 miles per year, which is 1,000 per month, and gas averages $2.50 per gallon. You drive a hybrid car that gets 45 miles per gallon, instead of a normal car that only gets 35 miles per gallon. Here’s how much you would spend on gas annually:

Your overall savings every year would be $190.47 just by driving a hybrid instead of a conventional car. Keep in mind that this is also comparing a hybrid with a fuel-efficient conventional car. If you normally drive a car that only gets 15-25 miles per gallon, you’re going to save far more money by switching to a hybrid.

There are several different incentives and perks available for purchasing a hybrid car. The federal government offers tax credit which can be as much as $3,400 for buying a hybrid. The exact amount depends on the model of hybrid car that you buy, but you can find out how much you’d be eligible for through the Internal Revenue Service (IRS). Some states also offer tax credits when you buy a hybrid car, so make sure to check what your state has to offer.

Private organizations may also provide financially beneficial incentives for hybrid car owners. Some employers reimburse their employees a set amount for buying a hybrid car. There are also organizations, such as certain colleges and hotels, that offer free parking for hybrid owners.

One of the biggest drawbacks of a car is the depreciation. While you deal with deprecation whether you buy a new or a used car, it’s more of an issue with new cars, which start losing value the moment you drive them off the lot.

Hybrid cars tend to depreciate at a much lower rate than conventional cars. This means that by choosing a hybrid, you get a car that’s going to hold on to its value longer. If you decide to sell it later, you can get a better price than you would for its conventional alternative. If you find yourself in need of a title loan, your cars higher value will allow you to borrow more money. When it comes down to it, having more value in your vehicle is always a huge plus.

There’s a reason hybrid cars are such a popular choice. Besides helping the planet, a hybrid car makes more sense financially. You cut down your expenses every month because you’re paying less in gas, you can take advantage of excellent incentives and perks, and you’ll have a car with more value.