General Motors with its recent success of the Chevy Volt feels it is time to stretch the market for the electric vehicle. When they announced on Tuesday they were going to introduce a new Cadillac ELR which will be partially generated from the same battery-power that runs the Chevy Volt, it was safe to say much of the automotive industry was quite alarmed. When you think of Cadillac do you not think power, stature, and confidence? When you think of the Chevy Volt (no disrespect) but you think of words that are much more modest, and compliments like innovative, futuristic and efficient. GM intends to add the same electric technology that was ever popular with the Volt into this new Cadillac ELR model. 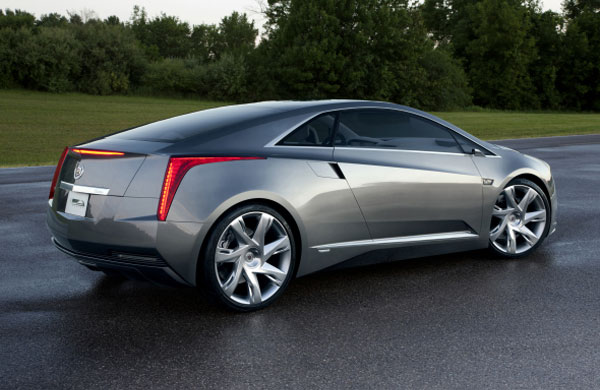 So what kind of changes might we expect from the Cadillac designs that we have grown accustomed to? Well GM promises that the vehicle will still hold some of the same cues that make a Cadillac a Cadillac, but with a bit more forward lean and aerodynamic lines. On the interior the rumors are already being fabricated from the statement that GM made with their intentions of making the interior a bit more “futuristic” and could be the mold in which future Cadillac interiors are matched. The ELR isn’t intended to just be a concept, and a way to test new waters. GM truly believes that they can design and engineer this model to attract new markets, and optimistically alternate the face and future of Cadillac.

The start production of this model should begin sometime towards the end of this year, and we could see this model in showrooms across North America as soon as the first quarter of 2014. General Motors hasn’t really put forth a statement that clearly states when and how many of these models will be produced in its first run, but what we did gather is that they intend to make the vehicle quite uncommon, and for it to be seen driven, a unique moment. General Motors intends to test the markets in Asia and Europe as well for this new electric Cadillac model.

So what powers the Cadillac ELR? As of right now there is a five and a half foot long T-shaped battery that gives the Cadillac 35 plus miles of electric only miles. Once that battery begins to top to low, to save drivers a headache, there is a 1.4-liter gasoline generator which slips into gear once that battery begins to sap itself low. The major selling point though for this vehicle, much like the Chevy Volt, is the fact there is a 8 year warranty that comes with the vehicles electric generator. Eight years of protection under a single warranty is unheard even these days in the automotive industry. So for General Motors to put a warranty on a new design and engineering feat like the Cadillac ELR, it is a huge statement of trust not just in their product but of their technological innovations moving forward.  For those of you who are curious about the electric Chevy Volt, you can learn a bit more by checking Herb Connolly Chevy of Metro Boston.