2013 Dodge Dart and introduction to the Viper

Dodge has made a new entry into the economy/family car market, and the arrival is called the Dodge Dart.  Now to tell you the truth, the Dart isn’t exactly a brand new entry into the market.  It is a revival of the Dart from back in the 60’s and 70’s.  Of course I wasn’t born back then, I was born in 1986, so I do not know how that car looked.  However I can tell you that this car looks really good.  If you look at the current Dodge’s, the styling of it is evolving towards the demographics that they are trying to capture. The Dart is no different because it is trying to capture young adults in their twenties many of whom are married and have young kids,  Now the young adults who have families are concerned mostly about fuel economy, roominess and safety.  They are concerned about fuel economy because they’d rather spend their money on their family.  They are concerned about Roominess because they want their family to have as much room in the car to stretch their legs, and finally they are concerned about safety because obviously they don’t want their family to be hurt in the event of a crash. 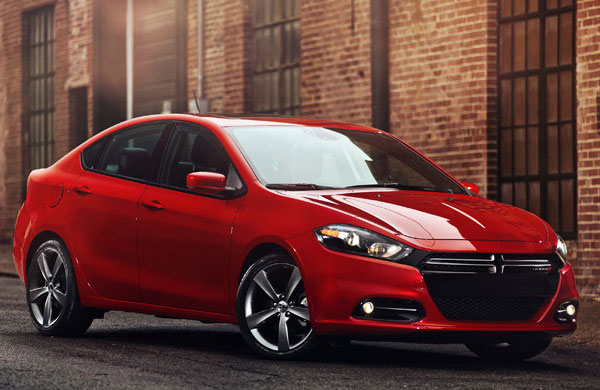 On the total opposite end of the spectrum is the 2013 Viper.  Now Dodge used to make Viper’s before, and then it went away for a few years.  Now they have revived it, and it’s under the SRT brand.  The buyers who are going to buy this car are only concerned with power and how fast it goes.  If you are concerned with this, then by all means purchase it.  This car will be able to beat most cars on the road today.  However, be aware that it does not get good fuel economy and it’ll fold up like an accordion in the event of a crash.

If it was up to me, I’d rather take the Dart because of the better fuel economy and higher safety ratings.  But everyone is different, and that’s what makes the world what it is.