Toyota Introduced first new model of Avalon in 1994.The first Avalon launched with some specific features; 3.0 liter 1MZ-FE V6 engine. First Avalon had front bench seat with six passenger seats. Toyota launched different model of Avalon in which one model was XL which was similar to the LE model of Toyota vehicles. First generation Avalon sold in US and also in Japan. First Avalon made in US and after that it had exported to Japan. In 1999 this Toyota Avalon was transferred to Australia. Where  this Avalon was launched as a new model .The model that launched in Australia had feature of both right hand drive and specially made left hand drive for middle east. It showed poor result in Australia and the citizen called it “boring car” 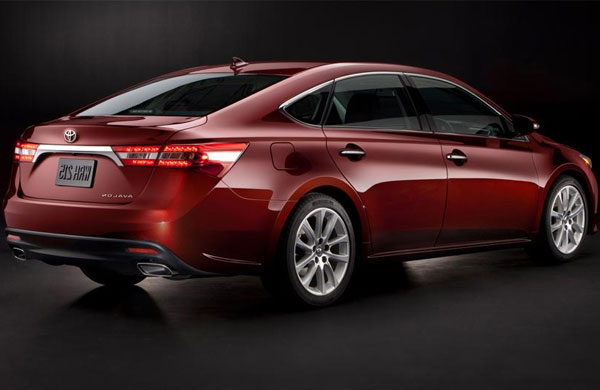 The Avalon is a full size, four door sedan car produced by Toyota in US. In 2000 to 2005 it was also produced in Australia after that In 2006 it was replaced by the Toyota Aurion.First Toyota Avalon was assembled on 21 Feb 1994 in Grovetown. Toyota Avalon has different A541 E automatic model   (Avalon CSX, Avalon Sorrento, Avalon GXI ,) with 4 transmission speed.
Models year

In 2006 Toyota expanded their vehicles and launched XL as a stability control vehicle. In 2007 Toyota was main focus on tire pressure monitoring system and navigation system. In 2008 Toyota redesign 2007 model  of Avalon with more striking grille, 6 speed automatic transmission ,restyle wheels ,exterior door handles, and Bluetooth integration with great audio system. In 2009 Avalon launched with some changes, XLS had limited leather seats Toyota offered new car with dark color pearl exterior color had converted into coco bean color. The 2010 model offered two features; provide up and down function of windows and redesign new accelerator pedal. In 2011 Avalon was launched new model with back up camera and exterior side mirror with integrated turn signal. The new Avalon has some new features; 12 speaker synthesis system (which is available only some unique cars) better suspension system and with redesign 17” wheels.

Current Toyota Avalon specially built for American roads which is more comfortable and powerful. The current model built with new material and has excellent quality with six speed automatic transmission. When Toyota Avalon reviewed and tested It had found a excellent sedan .Its V6 engine pulls it very smoothly and forcefully.

New Toyota Avalon 2013 launched in New York auto show by the general manager of Toyota. This car is considered most beautiful car of last 4 generations models.Mr carter (GM of Toyota) said: it is a latest version of new era of Toyota and dedicated it “more exciting vehicle”