When is a Used Truck More Valuable Than a New One? 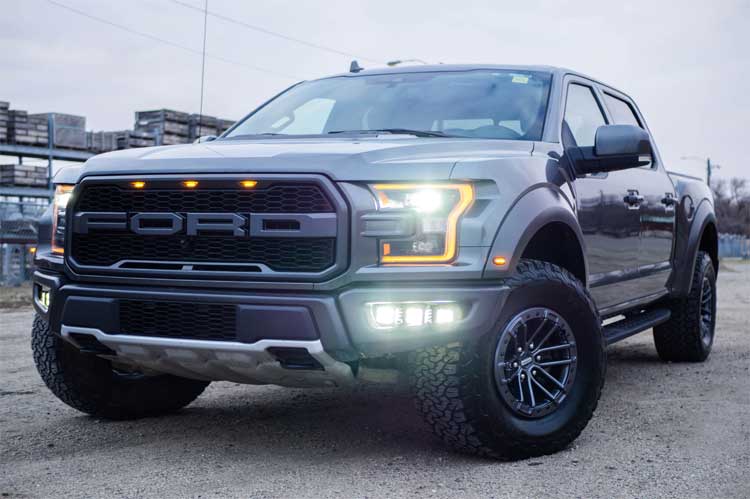 The desire to have a new truck is not unusual. Most of us want something better than what we have. There are all kinds of good things that come with a new truck, including a valuable warranty in case something goes wrong. Yet, a used truck is often a better purchase than a new one. The key is figuring out the overall value versus the overall costs as you will see here.

Once it’s driven away from the dealership, a truck is automatically used. If you brought it back and returned it, an unlikely scenario given the financial complications of loans and leases, the dealer would have to sell it as a used vehicle.

So, technically you are already driving a used truck, even if you bought it new just a few weeks ago. With that in mind, the debate over buying a new truck versus a used one comes down to a few things. Those differences include price, variety, quality, and technology, and even then the differences aren’t as vast as one might think. The scales are tipped toward used trucks ever so slightly as you will see, but that doesn’t rule out buying new when you can afford the price.

Price Differences Can Be Deceiving

Used truck prices have risen right along with the prices of used SUVs. Demand drives the price, and the used truck market is three times that of the new car market. So, it’s big business.

When you are shopping for a used truck, the loan rates can also be higher. This can make the overall price just about as high as buying new. That’s why a lot of thought needs to go into your purchase before you agree to a final price or a truck loan.

However, the worth of a truck drops quickly after purchase. This means that you could buy a $40,000 truck, and it could depreciate down to $30,000 in six months or a year. By two years, it is worth $20,000 on the open market. That’s where buying used makes sense. You want to hit that sweet spot between used and new where the value is still high in terms of usage, but the market value has dropped.

Variety is Equal or Better

Used truck variety is equal or better than new truck variety. That’s because you can choose from everything sold in the last five years and find the best of the best at a more reasonable price. That surprises people who assume that the variety is in new trucks. With the new models, the price differences are much steeper as you climb the ladder. Once a truck is used, those steep price differences shrink to much more reasonable amounts.

This is one way that buying used is better than new. You can get a beautiful color, an exciting trim level, and an impressive interior in a three-year old car that could cost you $25,000 more in a new one. That’s quite an incentive to shop used.

Quality is Good, Better or Best

Today’s vehicles are almost unanimously good quality. The improvements made in the last decade have helped most trucks earn a good, better or best designation with few poor ratings. Luckily research by independent groups, such as JD Power, release ratings that apply to trucks that are three years old. That’s data that you can depend on if you are worried about used truck quality. Instead of predictions like you get with new trucks, that’s statistics based on real owners.

Safety is an Important Question

When it comes to safety, if you buy a truck less than eight years old, there’s a good chance that it is nearly as safe as a new one. If you buy one just a few years old, you should be able to get crash avoidance systems and driver assistance technology.

Still, it is important to look at federal safety ratings for the year, make and model of any used truck. You’ll need to study carefully because there can be many versions, including ones that aren’t as safe as the others. For instance, the Insurance Institute of Highway Safety makes a differentiation between models based on their headlights before it allows them to earn a top rating.

Previous Wear and Tear is Important

Even if you can’t see any wear and tear on a truck, you can assume that it’s there. You’ll want to study any provided records of repairs. You’ll want to find out who has been driving it and where it has been driven. There’s a big difference between a regular commuter and a busy contractor.

You’ll want to know what it’s been hauling, how much it has been towing, and how often it has done either of these things . You’ll want to know if the owner took it off-road or used it on a pot-holed worksite. While you may not get all the answers you want, you should push to get as much information as you can.

This is the big difference between a new truck and a used one. Used trucks may have been worked hard and downright abused. This fact can swing the pendulum back in the new truck’s favor.

Already we’ve discussed technology where safety is concerned. However, there’s much more technology at work on trucks. There are turbo engines that reduce fuel use. There are exciting dashboard screens that can tell you what’s happening with the truck. There are smart touch screens that can deliver information, maps, and entertainment with a command from your finger or voice.

While touchscreens are constantly evolving, used truck technology is likely to be as good as a new one. You should aim for a second-tier model of a used truck. That should guarantee that you get something comparable to what is standard on trucks this year. If you want whatever was the latest and greatest on trucks that year, you can aim for a third-tier or higher model, and you have a better chance of affording it since it has depreciated a lot.

As you can tell, it is complicated to decide between used and new trucks. As we said earlier in the article, used trucks offer the same or greater variety and much of the same safety and technology standards. However, there are points at which a new truck may be a better value due to warranties and other guarantees.

The trick is not to rush your decision. You should start shopping before you need to trade, and you should learn what’s available and at what price. That’s the best way to get a good deal on a used truck or to feel good about choosing a new one.