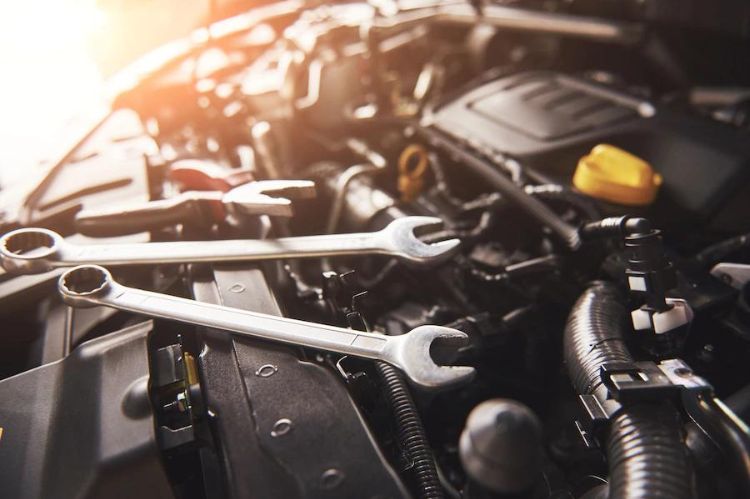 Some engines gain legendary status among motorsports enthusiasts and auto brand aficionados. That’s undoubtedly true for the 4.3 chevy engine. Chevrolet has largely phased out the 4.3L V6, which was first offered in 1978. That doesn’t mean the 4.3L is a bad engine, far from it. This engine was a mainstay over several decades precisely because it offered great output, in terms of both torque and horsepower, and solid fuel economy given its use case. So what is the best year 4.3 Chevy engine?

Arguably, the most recent variants of the 4.3L V6, the Generation V Ecotec engines, are the best models. This model was first introduced in 2014 and was largely phased out by 2022. Still, the 4.3L V6 engine garnered praise and popularity throughout its history. It is generally considered a reliable engine with good all-around specs.

A Brief History of the 4.3L V6 Engine and Its Design Philosophy

The 4.3L V6 debuted in 1978 with the Chevy Malibu, and a few years later would be rolled out into more vehicles including trucks. The original “Chevrolet 90° 4.3L V6 engine” would remain in production until 2013, although over the years, the engine obviously evolved. The Chevrolet 90° would later be replaced by an Ecotec engine, but more on that later.

In 1985, GM unveiled its “Vortec” line of engines with the 4.3L V6. The Chevy Vortec engine takes its name from creating a “vortex” within the combustion chamber. More thoroughly mixing up the fuel and oxygen should lead to more power and better fuel efficiency. While Vortec would be used in many engine sizes, the 4.3L was chosen because, among other reasons, the engine was designed to be an all-rounder that would offer a good mix of fuel economy and power in many cars and trucks.

The 4.3 Liter engine was designed to offer a mix of power and fuel efficiency. The engines also aimed to be low maintenance and durable. It’s quite common for vehicles today to hit 150,000 miles without needing major repairs. In the 1980s, cars, and trucks often spent a lot more time in the mechanic shop or hoisted up in the garage at home. The 4.3L Vortec engines also aimed to reduce maintenance, and over the years, the many engine models proved to be among the best in their class.

The 4.3 liter V6 engine shared the bore and stroke of Chevrolet’s small-block V8, which itself is a highly regarded, even legendary engine. Some folks refer to this V6 as a ¾ SBC because, in some ways, you’re getting 3/4ths of the small-block V8. Through much of the sixties and seventies, Chevrolet focused on V8 engines, and over the years, the company developed a vast amount of experience with said engines. As fuel economy become more important, Chevrolet needed a more efficient engine that could still power trucks, SUVs, and some cars, such as the Monte Carlo. Rather than starting from scratch, the company leaned on its experience with small block V8s to develop the 4.3 liter V6.

The 4.3 Liter V6 Vortec got a refresh in 2003 with multi-point fuel injection integrated into the engine. This engine remained in GM’s lineup until 2014 when it was phased out in favor of the new Generation V engines. A 4.3 liter Gen V “Ecotec” engine, which while sharing the same size as the older Vortec engines, marked a significant overhaul, being based on the fifth generation LS small block engines. While saying goodbye to a mainstay like the Vortec engine can be tough, the new Generation V 4.3L continued to rely on GM’s small block expertise. The Generation V V6 engine delivered power and performance comparable to

Generation IV V8s, along with improved fuel economy, making the newer 2014-2022 Ecotec 4.3L arguably the best 4.3L Chevy V6. The 4.3L V6 V3, which used Active Fuel Management, was phased out in 2021. The wind down appears to be due more to the phase-out of the corresponding 6-speed automatic transmission than shortcomings with the engine. The 2023 Chevrolet Express Cargo still offers the LV1 variant of the 4.3L, which doesn’t use Active Fuel Management.

As time marches on, technology generally progresses. While hiccups occur from time to time, the 4.3L V6 generally improves as technologies were refined and new systems were introduced. Ultimately, the LV3 EcoTec3 4300 is arguably the best 4.3L V6 yet produced by Chevrolet. The base 2021 Silverado equipped with the V5 LV3 4.3L Ecotec produced a more than respectable 285 horsepower and 305 lb-feet of torque. This model also got a solid 16 miles to the gallon in the city and 21 miles on the highway.

In comparison, the debut 1985 Vortec 4.3L churned out only 155hp and 230 lb-ft of torque without delivering as efficient fuel economy.

The final 4.3L “Vortec” engines produced a max of 195 horsepower and 260 lb-ft of torque. These engines were also well-regarded for reliability and being easy to work on. Still, the later “Ecotec” 4.3L offered improved performance, making it the king of the 4.3L V6 Chevy engines.

Another 4.3L Chevy V6 variant that stands out is the Turbocharged LB4 4.3L V6, introduced in 1991, which at its peak produced 280 horsepower and 360 lb-ft of torque. This engine was used in the GMC Typhoon and Syclone. These vehicles were produced in relatively small numbers and could keep up or even beat many muscle cars and even exotic supercars. While the trucks raced under the GMC banner, the engine was based on the Chevrolet 90° V6. Today, the Typhoon and Syclone are hot collector’s items, with price tags that can rival brand-new trucks.

The intake gaskets on the 4.3L engines could sometimes leak, and problems with the injection system could crop up. Still, the engines are regarded quite well overall and are generally easy to work on. These days, the 4.3L V6 is only found in stock in a limited number of GM vans and its days may ultimately be numbered. Still, whatever the future holds, the Chevrolet 4.3L V6 has already secured its place in history. The V5 LV3 4.3L Ecotec model is arguably the best, but the earlier Vortec engines were very respectable, with the LB4 4.3L V6, in particular, offering exceptional performance.

This content is provided by the automotive digital marketing agency, Automotive-Marketing.com.

How Does Coolant Affect Your Car Engine?