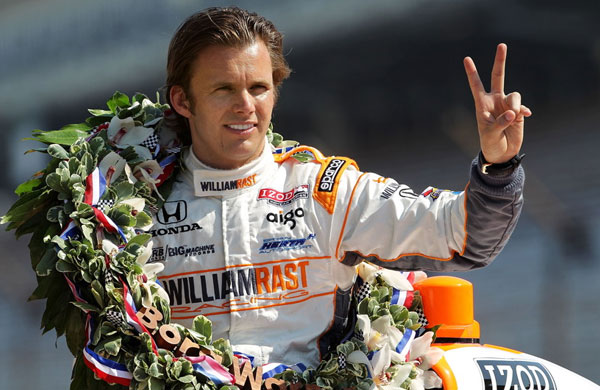 He was also a conscientious racer and openly expressed his concerns about the lack of appropriate safety standards being maintained by the Las Vegas Indy 300. Unfortunately, those very safety loopholes were going to cost him his life as he competed in the last Las Vegas Indy 300 of his life.

Dangerous Conditions on the Track

Dan Wheldon was driving a Dallara-Honda at the Motor Speedway track in Las Vegas. The track is only 1.5 miles long, which is almost 60 percent less than the ideal length of an Indy 33 race. The shorter length of the track meant that there was a lot of overcrowding on the track, creating safety hazards for the racecar drivers. 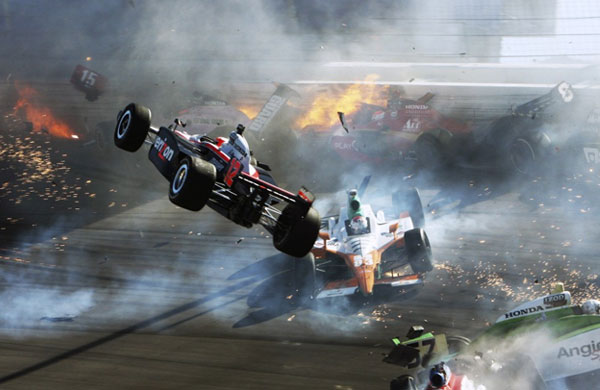 On the fatal day of the accident, there were 34 racecars competing on the track. Wheldon, attracted by the $5 million prize money for winning from the back, had started the 300-mile race at the very end position. This greatly added the risk of his colliding with one of the racecars on the congested track.

An Uncontrollable Chain of Events

The problem began after the 10th lap of the race had been completed. During the 11th lap, a contact occurred on Turn 2 of the track and within no time at all, almost half of the cars on the track had become embroiled in the pile-up. Realizing the grave danger this could cause him, Wheldon tried to steer to the left to avoid collision but unfortunately he smashed into the back of another racecar in front of him. The impact was so hard, that Wheldon was catapulted into the air at a speed of more than 200 mph, while his car slipped and landed on the fence. 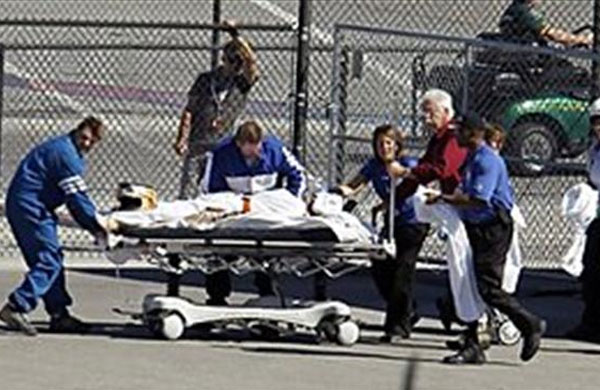 Rescuers rushed to the scene and tried their best to help Wheldon but there was not much that they could do. Wheldon had been hit hard on the head, and despite wearing a helmet, the hit caused immense trauma that would eventually take his life. Wheldon was airlifted in a helicopter and taken to the Las Vegas University Hospital. Unfortunately, Wheldon was pronounced dead only a little while later.

Coping with the Tragedy

Wheldon was married to Susie Wheldon and left behind a two-year old son named Sebastian and a six-month old son named Oliver. Both were present at this bedside at the time of his death. Wheldon’s father thanked the people for respecting their privacy of the grieving family and graciously acknowledged the tributes that were pouring in from across the word. It is hoped that Wheldon’s unfortunate death will accelerate efforts to improve safety standards and compliance at the Indy Car races.