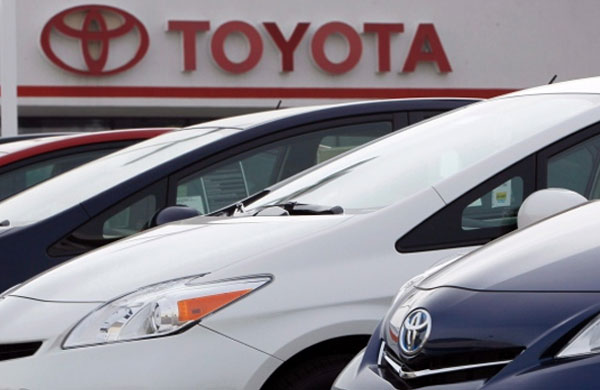 Toyota is taking back 242,000 Lexus and Prius hybrid cars due to issues in their braking system. The cars they are recollecting are those who made between March and October 2009. This is the third recall from the company under this year. Toyota is now used to it, maybe!

Toyota said it had received 90 complaints from the owners of the car, they required to step more heavily on the pedals now and the flaw was permitting nitrogen gas to escape into the brake fluid and were reducing the effectiveness of the brakes. Particular parts in the braking system are made of delicate material that could break under pressure, according to Toyota. The company said it will repair those cars for free.

The Lexus cars were sold in the United States and Japan, and Prius cars were sold world wide. Most of the cars are influenced in Japan (117,000) and North America (91,000) including 3,598 in Canada and the rest of them are around the globe. The Toyota has recalled the Prius many times before for braking issues. The Company is calling back 233,000 Prius cars manufactured between March and October 2009 and 9,000 Lexus HS250h made between June and October 2009.

While there haven’t been any reports of accidents or injuries linked to the malfunctioning of the brakes of these cars. The company is trying to contact affected owners currently and Toyota will make an appointment to bring their car to be fixed free of cost. The company said it would inspect the brake booster pump assembly of the car and replace it.

The company has recalled the vehicles many times before, in 2010, the company called back 433,000 of the Prius gas-electric hybrid because of a braking software malfunction, and experienced a blow in the reputation of the company. And in October, the company recalled nearly 7 million cars due to out of the order power window switch and the next month it recollected 2.8 vehicles over problems with the water pump and steering wheel. After that, Toyota called back 1.1 million vehicles in January over defective airbag electronics and the same issue occurred again in April when Toyota recalled again more cars over airbag issues.

This recalling back and issues are affecting the car’s sales largely however; Toyota is trying to get back its reputation by recalling for the safety and reliability of the owners of these incredible cars.