The Toyota Land Cruiser 2013 comes with improved exteriors and interiors to carry forward the legacy of the four-wheel-drive family car.

Changes to the Exterior

The new Toyota Land Cruiser for 2013 will receive a revamp of its exteriors. The grille at the front of the car will be refreshed along with HID headlamps. In addition, the 2013 model will get new LED daytime lights along with redesigned tail lamps. The design of the chrome molding along the sides and the side mirrors have also received a facelift to reflect the overall design change that communicates thrill and sophistication. The size of the fenders in the front and back has been increased so that the visual impact communicates a sense of ruggedness. 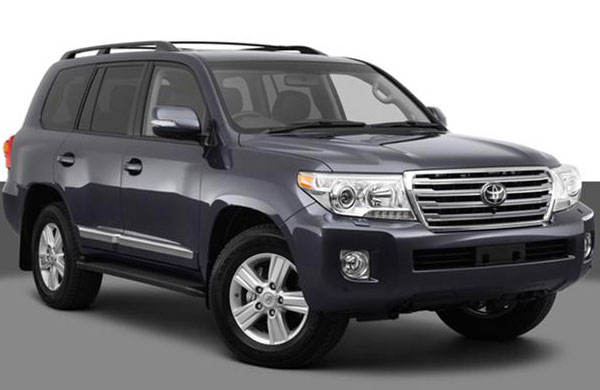 The range of colours has now been extended to include seven colours including the recently added Pearl White. Several other successful colours such as Salsa Red Pearl and Classic Silver Metallic have been retained.

The Toyota 2013 Land Rover is more efficient and sturdy compared to its predecessors. The use of foam in the space between the windshield and the body of the car helps to reduce noise caused by wind flowing into the cavity. Increased protection to the engine has been provided with the help of panels that extend from the front bumper to the rear wheels. This protects the engine and transmission when the car travels on rough surfaces.

Changes to the Interior

The 2013 Toyota Land Rover comes with enhanced interiors to match its exterior. The buyer has the option to get the interiors in either Black or Sandstone tones. The front seats are now ventilated and covered with trimmed leather. The appearance of the instrument panel has also been improved with the use of silver ornamentation. 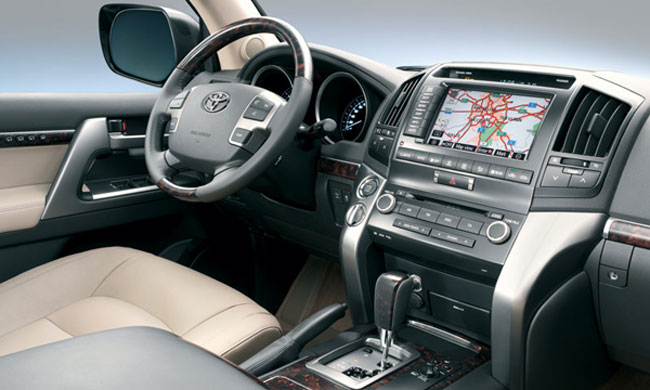 The lighting around the meters has also been enhanced for better visibility and overall appearance. Monitors and display units make it convenient for the driver to assess the terrain and the car performance.

It has a seating capacity of eight in three rows. The seats are provided with a tumble mechanism that activates at the touch of a button to provide access to passengers.

The 2013 Toyota Land Rover is powered by a V* 5.7 liter engine that can produce 381 hp. It is equipped with a Variable Valve Timing with Intelligence mechanism which makes the car capable of using power more efficiently and to reduce emissions.

A stainless steel system also makes the exhaust more efficient and less noisy. The car is manufactured with a six-speed transmission system that is automatic. However, gears can be shifted manually.