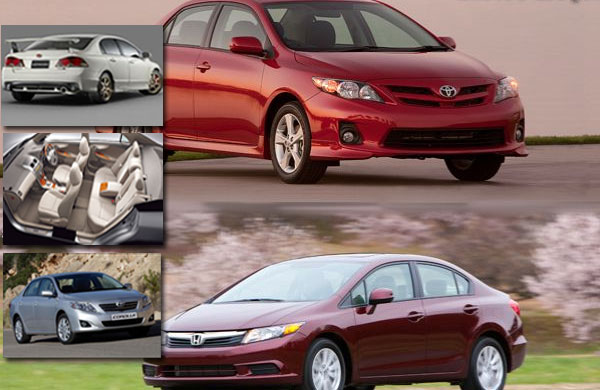 Both Toyota Corolla and Honda Civic are the best selling cars in the America and other countries, both companies sold over twenty thousand units in the previous month, October 2012. If you’re a customer, then how do you choose? As both are similar in size, but different in personalities, lets watch out which one is just right for you.

The Toyota Corolla and Honda Civic are different biggest car manufacturers in Japan. They are similar in nature, but it is important to know the differences in their design before you are given the payment to the dealer to buy. 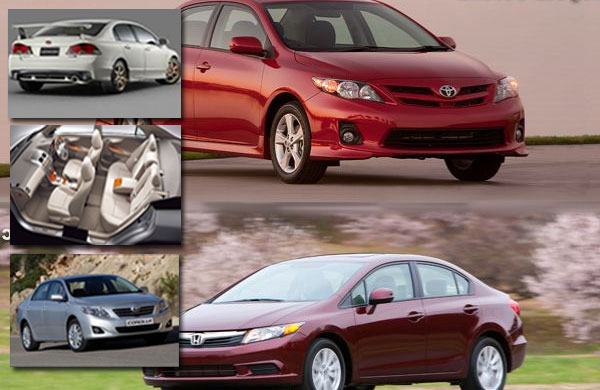 The Honda Civic  is made by Honda Motor Company Limited, Japan. It was first introduced in 1972. The Civic is the second continuous selling brand in America. Its newest addition is five seater look honeycomb grill in front and revised wheels and has a capacity of 376 liters. Remarkable interior features, central locking, cruise control, speed sensitive and much more.

The Toyota Corolla is also a large and old selling brand in America and around the world. It was introduced in 1968, corolla design has not changed much over the years. The standard Corolla comes with 1.8L, 100kW engine only and 2.0L used in a Sedan. Corolla car is reliable and comfortable with more space and storage.

The Corolla and the Civic sedans are mostly similar in design and performance.

It all depend upon your own choice, that’s what appeals to you more. Regardless of your choice, these two cars are the top sedan vehicle in America.