Honda seems to have learned its lessons well. After the lackluster performance of the CR-Z hybrid during 2011 when only 11,000 cars could be sold, the leading global auto manufacturer has brought out an improved version of the Honda CR-Z in 2013, with just the right kind of improvements in areas where they mattered the most. The Honda CR-Z was launched with much fanfare in 2011 with the aim of gaining a significant share of the hybrid car market. That aim was unfortunately not realized because the model could not compete with the eye-catching improvements that were being brought out by hybrid and plug-in hybrid car manufacturers. 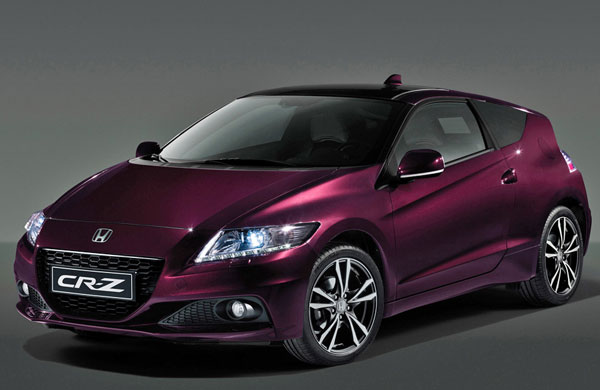 A Classified Model of CR-Z Series

The biggest issue with regard to the 2011 CR-Z was that it did not offer as much power as other models in its category. The company has addressed that issue in the 2013 model. The enhanced model was showcased at the Paris auto show where it drew favorable responses from the crowd and industry experts. Now the 1.5 liter 1.5 liter four cylinder and electric motor hybrid can offer 130 hp of power. This is an improvement considering that the earlier model only gave a power of 1122 hp. It may not seem like a significant increase but it shows that the company is making efforts at listening to its customers.

The output has increased from 113 to 119, thus indicating greater efficiency. In addition, the peak torque has also gone up from 123 lb-ft to 140 lb-ft. These developments have become possible thanks to the reprogrammed engine computer and an updated crankshaft. Furthermore, the company has replaced the traditional battery pack with a more modern lithium-ion battery pack. A new Plus Sport boost mechanism has been added to the 2013 model due to which the driver gains access to more electric-motor power.

What has largely been retained in the 2013 model is the design, the only redeeming factor of the 2011 model. The unique wedge like shape has been retained and helps to communicate the stylish image. Fog light housings and larger intakes have been incorporated into the design of the front bumper. The license plate can now be placed within the grille and enhances the overall appearance of the car. 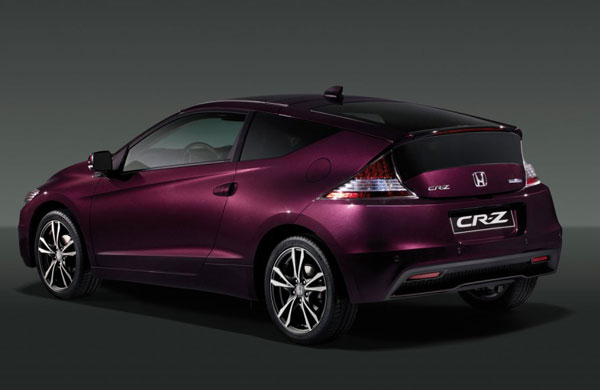 However, despite these changes and enhancements, it does not seem likely that sales of the 2013 Honda CR-Z will be encouraging. The increase in fuel economy is only minimal compared to the 2011 model. Furthermore, other cars can offer a better driving experience.