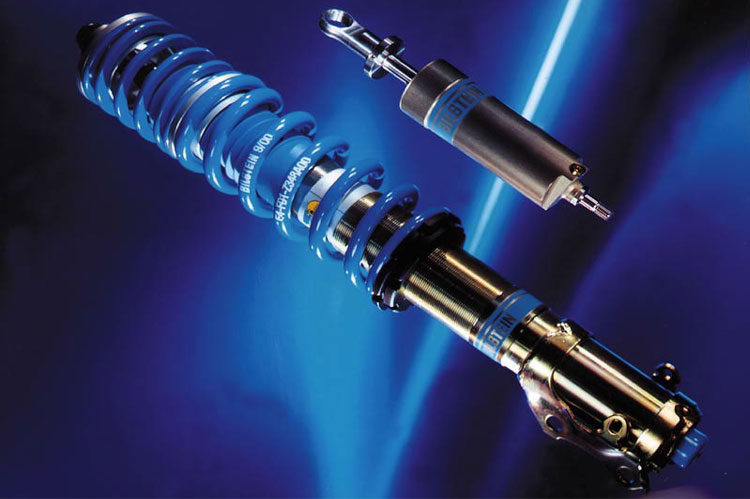 Ford cars are considered to be one of the main symbols of the automotive industry in America. This car is associated with many motorists with concepts such as accessibility and practicality. More than 100 years have passed since the appearance of this brand, but the demand for these cars, the need, and up-to-dateness in the market remain unchanged.

Many car owners have a serious question: what brand of shock absorbers to buy if it’s time to change the suspension parts. There are a large number of brands on the market, but not all of them are high-quality and durable products. Kayaba (KYB), Sachs (Boge), Bilstein, and Monroe are the primary and the leading manufacturers of damper parts.

One of the most reliable suspension parts for Ford cars will be KYB shock absorbers. This company has been working with the Ford automobile concern for a long time and produces products for it that go in the original for such models as Escort, Focus, Transit, and Fiesta. In addition to parts on the conveyor, Kayaba produces damper parts for many Ford models for the aftermarket standard series (Excel G) and sports modifications. If you are looking specifically for the best shocks for Ford F150, try this site.

Kayaba has two large factories for the production of its products. One of them is located in Japan, and the second in Spain. Many of the shock absorbers produced by the company for cars such as the Ford Focus and Ford Fusion are manufactured directly in Spain. Therefore, if you want to buy high-quality suspension parts for your favorite Ford, you will not be disappointed by choosing Kayaba’s spare parts.

The most popular series of Kayaba products for German cars is considered Excel-G. These are gas-oil shock absorbers. The suspension parts produced use nitrogen under pressure and a unique valve mechanism. This technology is regarded as the personal development of the company, which allows providing convenience when driving a car, to neutralize the possibility of mixing gas and liquid. The Excel-G series includes shock struts, cartridges, and shock absorbers.

An essential condition for replacing Kayaba shock absorbers is to change only a pair, and not the left or right damper device separately. Installing only one new suspension part will result in substantial loads on this rack, which can cause it to fail quickly.

Kayaba provides a 40.000 miles warranty for replacing 2 or 4 shock absorbers with protective and installation kits on dedicated service. It takes effect from the moment of purchase of the product. To maintain the warranty conditions, it is necessary to continually diagnose the chassis of the car every 12.000 km at the service station, where the damper parts were installed.

The German manufacturer SACHS is a successful leader in manufacturing damper parts. This large company has been operating on the market for more than half a century and is constantly improving its products. It uses the latest design developments and materials for its products.

Sachs suspension parts are delivered to the Ford Assembly line. The Sachs Super Touring gas and oil suspension parts are manufactured using special technologies designed to achieve maximum shock absorber performance. In the production of Sachs damper parts, only the highest quality materials are used for components such as silent-blocks and piston guides. The parts have a high corrosion resistance of the seal, which reduces friction in the damping device. The cylinder of Sachs Super Touring shock absorbers is covered with Teflon, which significantly increases the service life of the part.

Buying German Sachs shock absorbers, you get wear-resistant suspension parts that allow you to create a sense of maximum comfort and reliability when driving a car in urban conditions and off-road.

Bilstein is a German company that began operations in 1873. The original production was engaged in the manufacture of iron frames for windows. In the early twentieth century, they were converted and began to prepare spare parts for cars. In the 50s of the last century, the company’s managers proposed to produce and use in production machines single-tube shock absorbers, which at that time were a revolutionary technology. Since then, the company Bilstein began to produce shock absorbers and struts of different designs.

The main production is concentrated in Germany. Here, factories in several cities produce more than 30.000 different models of stock every day, which are then installed on brand-new cars, and also come to retail as replacement components. The price of spare parts depends only on the model, and the company is constantly trying to improve its production to reduce the final cost of products.

In terms of their quality, they absolutely match the Kayaba and Sachs damper parts that are delivered to the conveyor. Rich experience allows Bilstein to produce high-quality products. These are suspensions with a sophisticated design, where modern compressed gas technology is applied. Under extreme loads, it prevents the oil from foaming. The rear shock absorber from Bilstein will help to maintain maneuverability and dynamics on the road.

Monroe – the progenitor of the modern strut industry

Monroe was one of the first companies in the world to produce struts as we know them today.

Every year, Monroe produces more than 60 million shock absorbers, which are sold in more than 120 countries. Their parts differ from those that are installed on cars at the factory. This is done to increase the wear resistance of all parts of the machine, and thus save you from having to replace other parts.

In the Monroe product range, you can find shock absorbers, supports, steering elements, safety kits, bolts, springs, dampers, suspension parts. Motorists note the very high quality of performance of shock absorbers of all lines. Separate lines of spare parts related to the chassis and steering mechanism, produced mainly in factories in Spain and Belgium, can also boast of high-quality performance.

The company has three main types of shock absorbers: Reflex, Adventure, Original. Each type is suitable for the specific needs of the driver. The price also differs depending on the characteristics.

Monroe products have been holding an excellent reputation for many years and take an essential place in the list of leaders. Now Monroe owns many different developments in the gas suspension segment. Thanks to many years of research, they have acquired excellent technical indicators. The Sensa Trac rear shock absorber, with its lightning-fast response, is adapted to move on any surface.