When we say Lincoln, the first thing that crosses one’s mind is the Navigator, Lincoln’s famous SUV. Lincoln has set itself as a reputation as a luxury car brand. One of its models, the Navigator, is a perfect example of an SUV that boasts of the well-appointed interiors and exterior body that Lincoln has been highly regarded for.  In fact, the Navigator has become one of the best SUVs produced in the history of automobile and it has become the standard and role model for future SUV production. To Lincoln, the Navigator should be everything an SUV is: big, spacious, and the ultimate in decadence. For more info on the Navigator visit Reedman Toll Lincoln. 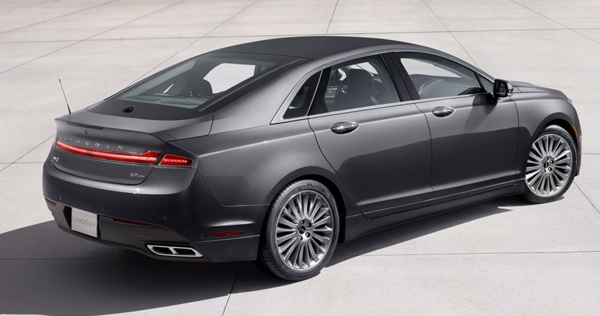 Their reputation of manufacturing deluxe vehicles is evidenced in their creation of their new luxury sedan, the 2014 Lincoln MKZ. The 2014 MKZ is sleek, sexy and awesome, inside and out. Some may even compare the MKZ to the Cadillac CTS, another highly regarded luxury sedan. However, the MKZ beats out the CTS in almost everything. Take the dashboard of the MKZ as an example. You would think that you are inside a cockpit of a Boeing 777 because the dashboard is full of amazing panels, allowing the driver to take full control of the car when driving or when stationary. What is most impressive is that its dashboard “disappears” with its MyLincoln touch interface. This innovative feature is enough to make any technology-enthusiast drool but it does not disappoint in terms of driving performance as well.

The 2014 MKZ boasts high performance driving and reliability. Many drivers have been impressed by the MKZ’s quiet engine and also considered very easy to drive regardless of the road condition. Even on tight turns, the MKZ offers very good driving stability and will not go outside its intended path. The Lincoln Drive Control delivers this well-balanced driving experience that allows for a smooth and comfortable ride.

In addition to this, there are numerous safety measures that have been installed like the collision alert that alerts the driver if he/she is likely to hit something. In addition to this, should there be an incident of a collision or an accident, the car will autodial 911 and deploy airbags. Truly, these The 2014 MKZ is surely a hit in the market because it doesn’t only promote luxury but offers other safety features to rival any other high-end car brands such as blind spot monitoring, adaptive cruise control and even inflatable rear seat belts.

Another noteworthy feature of the 2014 Lincoln MKZ include good fuel economy as it boasts having 3 different powertrains. Its powerful inline 4-cylinder produces 240 horsepower and 270 lb-ft of torque. In terms of fuel economy, it has been tested to offer 22 miles per gallon in city driving, and 33 miles per gallon if on a highway. On an all-wheel drive, it can save fuel by only consuming 31 miles per gallon.

The 2014 MKZ is truly a new breed of luxury cars. It certainly raises the bar of sedans and other luxury cars in terms of reliability and performance. It comes with a hefty price, but considering its many opulent and technologically-advanced features, it’s worth the investment.