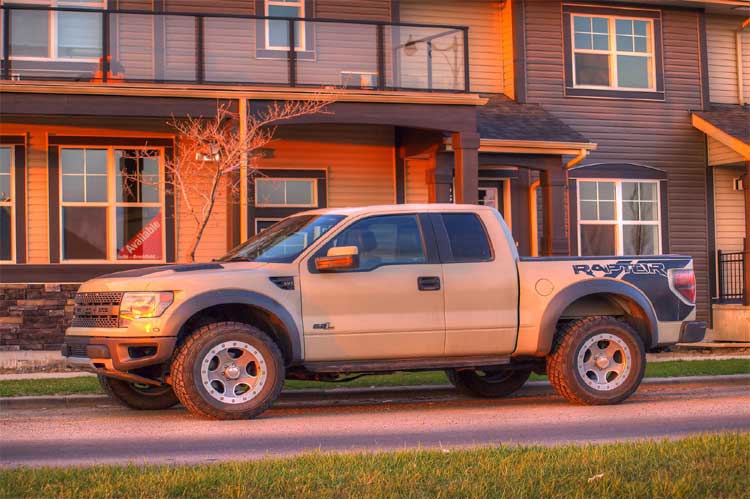 In the pickup world, new competition is coming from Ford. The brand has announced two new trucks: the 2022 all-electric Lightning Pro and 2022 Ford Maverick hybrid. Will they alter the playing field for traditional trucks? How will they compete against one another in today’s crowded truck marketplace? Here’s what we know so far.

Electric and Hybrid Trucks on the Horizon

On the horizon, the public can see promises of a Tesla Cybertruck and a GMC Hummer electric truck. Given Ford’s history and its competitive nature, it should have been obvious they weren’t going to let these rivals go unchallenged. Clearly that’s what’s behind the timing of the 2022 Lightning Pro.

The 2022 Ford Maverick takes a different approach with a full hybrid system. This truck aims at a different kind of buyer, younger and more urban perhaps. With this entry, Ford is claiming a greater continuum of choices and gearing itself up for fierce competition.

Ford has already demonstrated some of this technology by including an F-150 hybrid in the current 2021 Ford F-150 line-up. Output is 430 horsepower and 570 pound-feet of torque. The tow rating is 12,700 pounds. Still, this is not considered a full hybrid like the upcoming Maverick will be.

So far, the Ford F150 Lightning Pro is showing signs of a competitive nature. The base battery can run for 230 miles and has an output of 463 horsepower. The second battery option generates 563 horsepower and can run for 300 miles. The Tesla is only claiming a 250-mile range. The Hummer’s ranges are either 250 or 300 miles.

What’s probably more surprising about the high performance figures is that the cost is listed at about $11,000 more than the standard F150 V6. A buyer can maintain performance while zeroing out emissions and zeroing out gasoline costs in one fell sweep.

Sweetening that, the federal tax incentive is $7,500. That leaves an even smaller margin between being able to afford the entry level F-150 and this new all-electric truck.

The best-equipped Lightning Pro can pull up to 10,000 pounds. This puts it on solid ground against other light duty competitors. Shoppers should seek expert advice about towing when choosing a truck or purchasing a trailer.

With the regular battery, the 2022 Lightning Pro can pull about 7,700 pounds when appropriately equipped. These numbers match the Ford F-150 V6 engine. This is just above the Testa Cybertruck which has been claiming a 7,500-plus tow rating.

The 2022 Ford Maverick is a compact truck that is entering the U.S. market as the only full hybrid. To be accurate, Ford already has a Ford F-150 Ecoboost Hybrid that is new for 2021, but the Maverick goes even further with more hybrid electric power and 40-mpg efficiency.

At about half the cost of the Lightning Pro, this truck may compete with all types of vehicles. That price makes it more affordable than many used trucks. Plus it is less expensive than the Toyota Prius Hybrid or the Toyota Corolla Hybrid. It has a four-door cabin that will match those hybrids for basic spaciousness. Yet it has a bed instead of a cargo hold or trunk. It can handle payloads up to 1,500 pounds and towing up to 4,000 pounds.

The compact size will appeal to those who are in busy urban areas. Earning 40 miles per gallon, the 2022 Maverick may attract trades people who need to be able to haul materials or furniture short distances.

This may seem like a continuation of the debate over whether to go electric or go hybrid. However, these trucks are generating excitement among pickup drivers and commercial fleet managers because these two trucks promise to change the pickup status quo. That is, they can transform fleets that have terrible fuel economy.

Unlike personal vehicles, many brand-new light duty trucks can’t earn more than 20 miles per gallon on a good day. Midsize trucks, which many assume would have better fuel efficiency, often don’t fare much better.

Ford has been switching its lineup over to EcoBoost editions and managing to increase capability while doing so. In addition to Ecoboost technology, Ford has added active shutters to improve aerodynamics and auto-off systems to reduce unnecessary fuel use at redlights. Most famously, the brand switched over to a majority aluminum build a few years ago, reducing vehicle weight.

All of these changes have allowed most Ford light duty trucks and the midsize Ranger to claim fuel efficiency that is 5 to 8 miles per gallon better than many competitors. The Maverick hybrid and the electric Lightning Pro will shift the balance even more in favor of Ford fleet vehicles.

The Ford Maverick and F-150 Lightning Pro show promise, and it’s not just for their efficiency. In a very practical way, the lower price tags will act like an invitation to businesses and individuals to make the investment.