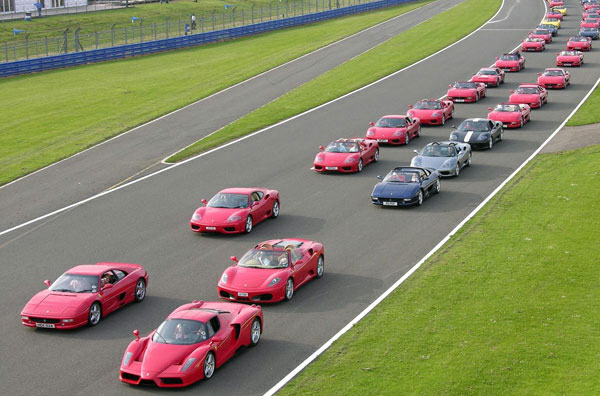 Ferrari racing at Silver-stone Circuit is the only motor racing event in UK where Ferrari fans will see the ultra-exclusive FXX and 599XX. In addition, Ferrari will be donating £5 for every car entered into the world record attempt to BEN.