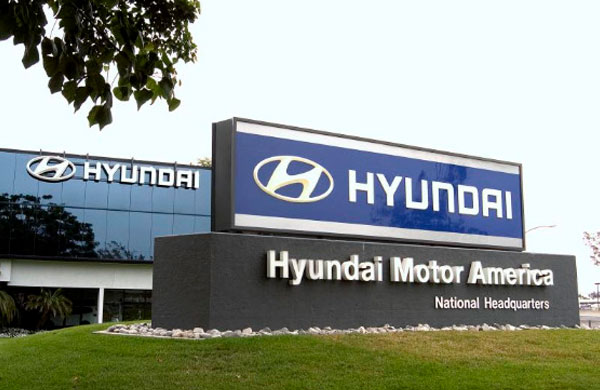 We’ve heard many promises of making and breaking fuel-cell car from many automakers, but this time the Hyundai has decided to change this dream into reality with the Tucson Fuel Cell Electric Vehicle. The Company will make this car with the collaboration of the Energy Department, fuel cell and hydrogen businesses and gas suppliers to meet the requirements this car going to need. This “small-scale mass-production” will be produced by 2015. The company is betting that car will be a more practical future fuel cell car.

The car will be built in Korea and will be available for private buyers at probable $52,000. The car has 100 kw loads and it’s capable of 100 mph as claimed by the Hyundai, with 12.5 seconds from 0-62 mph time. The tank capacity of the car is 12 pounds of hydrogen at 10,000 psi. They claim that refueling will take a little time (few minutes). There is no compressor so people will hear less noise.

Hyundai ix35 fuel cell will go into medium scale production (10,000 units per year) from 2015.  Sit into this fuel cell’s leather – dressed driving seat and you’ll feel like you’re sitting in any small SUV.  It has an electric motor rather than a combustion engine under the hood to drive the wheels. Everything behaves like automatic. The car is very quite and behaves like any regular SUV but with zero emissions.

The hydrogen makes up 75% of the universe we live in and the method of passing hydrogen through a fuel cell creates energy, and this energy is very much powerful and efficient than the gasoline chemicals. It also stores energy
The Fuel cell is used in this car to generate power chemically like running a small power plant.  This power will run the car’s motor then and that will be emission free. That means your new fuel cell car will be ‘exhaust pipe-free’!
The ix35 Fuel Cell is calm and environment friendly and gives you a comfortable ride, as we tested it.

Hyundai has a goal of 1,000 units. However, its not the first fuel cell car before this, Chevrolet Equinox FCV have been made but it declares to be the first to mass produce one. According to company’s manager, the perfect choice for a fuel-cell vehicle is the compact crossover. We’ve been told the car can hold 5.6 kg of compressed hydrogen in its tank and uses a lithium polymer battery.  According to Hyundai the car will have a range of 369 miles and combined fuel-economy of 71 mpg. It will operate in temperatures from -4 to 104 degrees.

Hydrogen powered car is environmentally friendly, and why would you not buy it? Re-fuelling takes only 3-5 minutes like any regular car plus its extremely calm and effortless to drive. The production of car is in its initial stages and basically no infrastructure and the company is joining hands with other companies and partners like Sainsbury’s and Morrisons to make this car happen by 2015.