How Do Diesel Engines Work

There is a slight difference between a diesel and a gasoline engine but theoretically, they are quite alike.
Diesel engines are also known as Compression Ignition Engines, invented by a German “Rudolf Diesel” in 1893. There are two versions of diesel engines: – four-stroke and two-stroke engines.

It uses a phenomenon called “heat of compression” to burn the fuel present in the combustion chamber. But how does it reach there? And how it works? 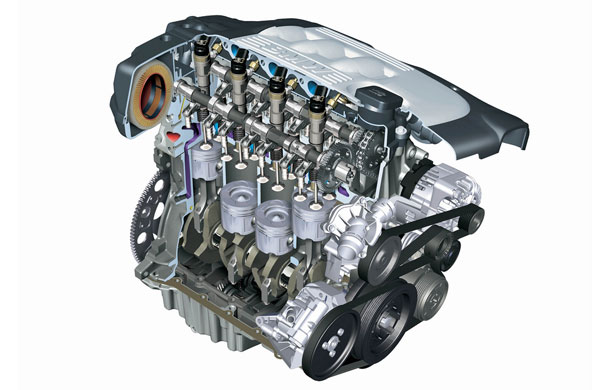 Let us find out…

These are six major steps that a diesel engine takes to begin working such as:-

When you enter key in the ignition, what happens is the engines start building up ample heat in the cylinders for taking a start.(a tiny light/sultry computer voice will alert you to wait), and when you twist the key, a process of fuel injection (under high pressure) into the cylinders will carry out. This pressure will automatically heat the air in cylinders too.
Now the “warm up” period is reduced (perhaps 1.5 seconds or so in normal weather).

It is easier to start a diesel engine as diesel fuel is less volatile and needs lesser time to initiate a journey if the combustion chambers inside are heated in advance. For this purpose, low glow plugs are used to pre-heat the air inside the cylinders.

But it could also be done without using the glow plugs, how?

When the “start” light indicates, you pushed the accelerator and turn on the entry key.

Engine gets the fuel from the tank via these pumps. Fuel passes through some filters then, and before taking it to the nozzle; it is purified there and in case, unfiltered fuel reaches the nozzles, what it does it, it blocks all the nozzle holes and so, your automobile’s performance is at stake.

Now the injection pump throws it to the rail.

Rail is actually a delivery tube whose job is to keep up a constant high pressure (23,500 psi or pounds/square inch while Gasoline fuel injection pressure is 10-15 psi only) on it along with delivering this fuel to each cylinder without being late.

At this time, the injector will spray fuel in the (cylinders’) combustion chambers, (it is more like feeding the chambers) with the help of nozzles;

An Engine Control Unit (ECU) controls this process. And its main job is to notice fuel spraying pressure, its time and duration (i.e. its life) and many other functions of its like.

Some diesel fuel systems use crystalline wafers, hydraulics and other processes for controlling fuel injection to make the engine more responsive and energetic.

“Fire” and Air Bump Into the Cylinders

What happens next is the fuel; “fire” and air bump into the cylinders?

Cylinders’ job starts here which are separating the fuel from air from and send both of them to the last stop (simultaneously but separately); in which a fiery power reaction is going to take place.

It is because they are capable of pushing huge amounts of air into the cylinders than others. It increases the fuel economy by twenty-five percent and hence power of a diesel vehicle topped up by fifty percent.

This was the phenomenon which explained us how diesel engines work.