In search of perfect car, they are willing to do anything. Of course after some rigorous searching and having no luck they stop searching and therefore conclude that there is no vehicle worth spending time and money on.
This is where they are wrong. By now everyone should know that Honda is not just some name in the car industry. Now with it’s another new model in the market, Honda has made sure that everyone takes them seriously. 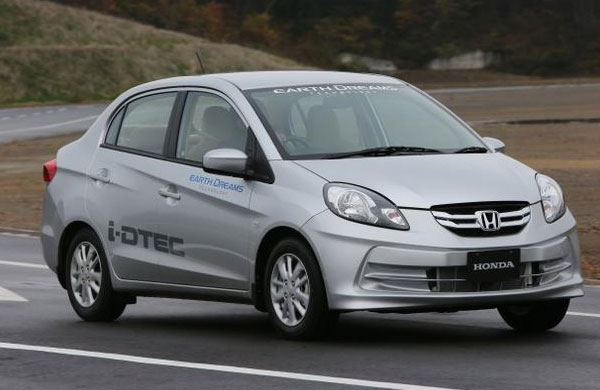 The new Honda Amaze is set to be based on the Brio sedan that was launched recently.  The Honda Amaze is supposed to have one and a half I DTec diesel engine. Over all the entire design of the Amaze resembles the Brio in a lot of ways. The entire front of the car is an exact replica of the Brio. Even the boot has nothing different and is a lot like many four wheelers that we come across. However quite unlike the Brio the roof of the car is quite different (and this is where your interest rises). The fit and finish is quite exceptional and the cabin is quite spacious and is also called as the unique selling point of the car.

Regardless of all this, the design of the car does not give it any kind of advantage over the other cars.

Now coming to the running of the car, which is the most imperative part in a car. The engine runs quite smoothly on the road. Even if you wind up the engine, you will notice that there will be no noise coming out of the engine- which is a major plus point. Apart from this, the engine also comes up to the mark and has amazing delivery.
Even the electric steering wheel is another nice feature added to the Amaze.

At the moment, amaze is being offered in about 3 variants which will be for both petrol and diesel. There are certain features that really set the car apart; the folding mirrors, standard ABS variants as well as the wonderful special heat deflecting shield. As far as the pricing of the car is concerned, at the moment it is priced at Rs 5.3 lacs (that depends if you get the basic variant car). 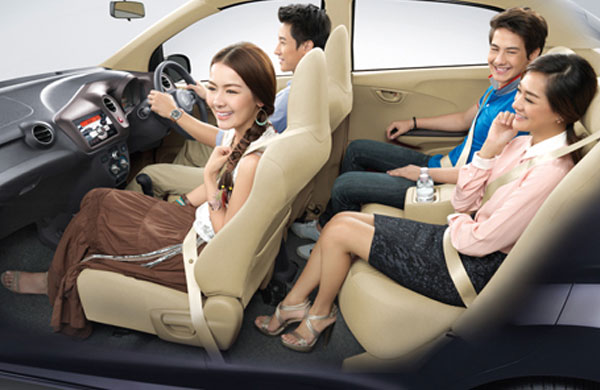 Over all, the new Honda Amaze is a winner! It would be a good advice for its competitors to pay heed to its new features if they wish to compete with this car.