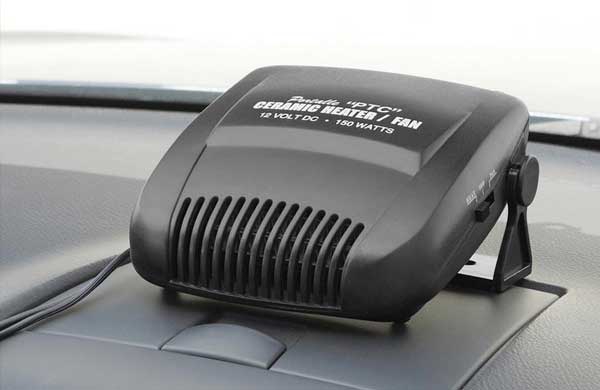 Nobody really thinks about it today.  If your car is too cold, then simply switch on the “heater” and soon your car will be warm.  However, it wasn’t always that way.  What passengers did back then, in the early days of motoring, was bundle up as if one was outdoors. This meant heavy clothing, winter gloves and snow boots.  It wasn’t long, however, before car makers realized that a few comforts, like heat in the passenger compartment, or even some type of heated seating, would help sell cars.  Thanks to a wonderful article on the Bob Pulte Chevrolet Site,  here is the history of this technology:

The earliest car heaters were strange items.  Back in the early 1900s, objects called “heater boxes” were popular. These were low-profile metal boxes covered with a carpet-like fabric that you could slide a heated brick into.  The bricks were usually heated in a fireplace or oven before trips.  After the hot brick was placed in them, they would then be placed on the car’s floor and would help heat the feet and legs of the driver and passengers. It was crude but they provided a bit of relief from the cold.

Heat via the exhaust manifold

Engineers soon learned that lots of heat was simply being lost out the tail pipe of vehicles.  The result was that during the 1920s a number of manufacturers designed special exhaust manifolds that allowed some of that exhaust heat to be funneled into the passenger compartment, and it was done by casting an additional airway above the engine exhaust ports that connected right to the passenger compartment. These “heater manifolds” could throw out lots of heat but it was difficult to control.  Back then there weren’t any electric fans or dash controls to distribute the heat so what you got was way too much heat, all the time.  An exhaust manifold kind of heater was a solution to the problem, but not an ideal one.

Heat via the cooling system

Engineers started working with the coolant and radiator system in the 1930s.  It was easy, they ran the hot coolant developed in the engine-radiator system into the passenger compartment. This coolant was run into a small radiator located under the dash and an electric fan blew it throughout the cabin.  That was the beginning of the present-day car heating system. In particular, Nash Motors got this going in 1937 using filters and fine climate controls.

Heated seats are featured in many vehicles today. GM introduced car seat heaters in 1939, and vehicles with these were popular with the military as troops fighting in cold weather would be comfortable with the extra heat their vehicles provided.

Today heating systems are integrated with air conditioning units so that the automobile cabin’s temperature may be controlled regardless of the outside temperature.  These systems are complex with lots of vacuum motors, heating/cooling ducts and sophisticated control systems.   When it comes to these systems’ heating portions, though, the basics still apply.  The hot air that comes out of a new car is still heated by the engine’s radiator coolant system, but just done with some 21st century technology.
Essentially, heating in cars evolved as cars became more popular and advanced. We hope you have enjoyed this article!

Randall Evans, who is a retired mechanic, Air Force Engineer and avid automotive enthusiast. As much as he loves everything automotive, his true love rests with the building of Off- Road vehicles.