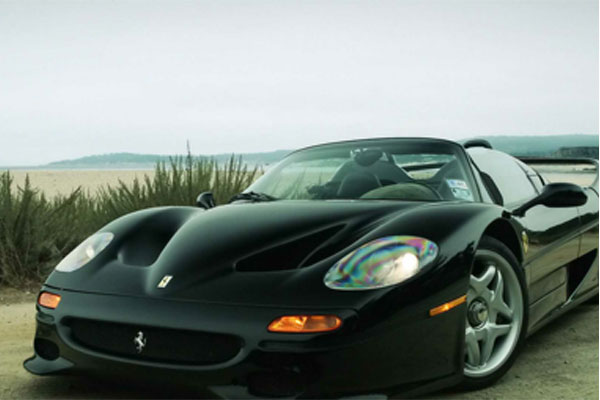 Known as an F1 racer for the streets, the F50 already combined many racing cars design features. The length of the situate arms was chosen to keep track and chamber changes to a minimum. The front and appear suspension had wishbones and reaction arms that act on spring and damper by way of a push-rod system. To ensure the setup and maximum precision in wheel movement over the ground, all the joints linking the suspension to the chassis were inflexible, as they are on racing cars. The hub carriers were made of a special hot-forged aluminum alloy, which produced rigidity and reduces weight.

The F50’s single-parts Speed-line wheels were made of a magnesium alloy with single-nut central attachment. The choice of a size of 18″x81/2″ at the front and 18″x13″ at the rear, was dictated by the choice of large brake discs and low profile tires. Goodyear designed a special racing-based “Fiorano” tire, specifically for the F50 in 245/35ZR18 front, 355/30ZR18 rear. The F50 has an FIA standard roll bar and 4-point seat belt attachments. The rear-wheel assembly, including titanium hubs, incorporated a Ferrari Formula 1 patent. This system reduces the number and weight of components, and allows extension of the axle shaft reducing power absorption. Only 350 models are found around the world in which 349 sold to the public and one kept in Ferrari collection.