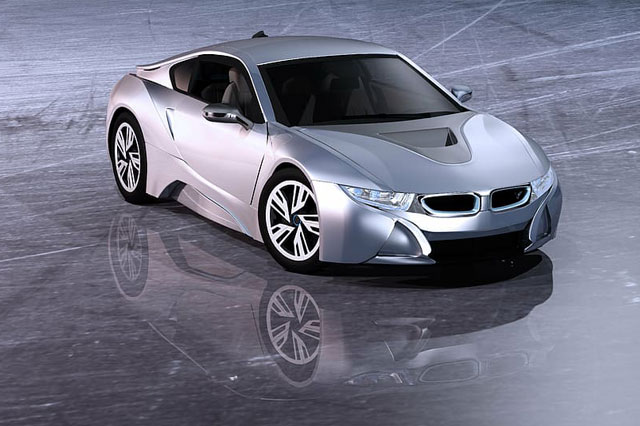 Electric cars used to be a rarity, something only the elite could afford. But that’s changed. While electric vehicles (EVs) are still costly, they are more accessible to more people.

Many people have been considering making the change from a normal car to an EV since EVs have been gaining popularity for how brilliant they are. EVs are the future of our cars, and many people believe that they will soon entirely replace normal gas cars.

With new EVs constantly entering the market, users are offered a wide selection to choose from. If you’re unsure of which type of car is best for you, keep reading to see why you should consider EVs.

EVs are More Accessible Than Ever

As mentioned, it used to be so that only a handful of people could afford EVs or even get access to them. There were fewer options, as well as fewer charging stations. Now, EVs are so popular that there are more than enough charging stations, which can be viewed on the Tesla supercharger interactive map. With more and more brands creating their own EVs, the market has been flooded with cheaper options, instead of only top price-class EVs.

EVs Are Cheaper to Run

While the initial investment may be steeper than a normal car’s, you’ll ultimately be saving money when it comes to keeping your EV up and running. You won’t need to spend thousands on gas. Maintenance of an EV is generally also cheaper than that of a gas-run car.

EVs are Better For the Environment

EVs built their entire image on how much better they are for the environment. We’re all aware of the fact that global warming is a looming crisis, and that we should do everything we can to prevent it and undo what damage has already been done.

This starts with everyday things. How can we reduce our carbon footprint? Using cars that run on gas is horrible for the environment. So many toxins and gasses get released into the air and have such a negative impact on so many aspects of our lives.

EVs are much greener than normal cars and their impact on the environment is not nearly as negative. If the entire world could switch to EVs, the difference would be astounding.

Because we’re constantly pumping gas into the air when we drive, our air is horribly polluted and our air quality is abysmal. Switching over to more eco-friendly methods of transportation, such as EVs, will improve the world’s general healthy by improving the standard of the air we breathe in every single day.

Because EVs generally have less moving parts than your usual car, the maintenance is also less. While they do still require a certain level of upkeep, there aren’t nearly as many possible problems that can arise if you own an EV as opposed to another car.

EVs undergo the same rigorous safety tests as all other cars do – more, in some cases. You can therefore rest assured that you will not be compromising your safety by getting into an EV. As mentioned earlier, EVs generally have less moving parts than other cars, which means that the likelihood of something in the car failing is also less.

While cars that run on gas usually start showing their age after a few years, EVs tend to be able to last a bit longer. Their batteries in specific tend to last longer than other cars’. It’s another great reason to invest in an EV – you won’t need to go through the hassle of replacing your car as often.

Because of how technologically advanced EVs are, their performance is top-class. It would be a struggle to find a car that isn’t an EV but runs as easily as one. EVs are fast, sleek, and smooth. They don’t make a lot of noise, either. You can plug your EV in overnight and wake up to a fully charged, entirely functional car with incredibly high-quality performance.

Many people are skeptical of EVs because they’re worried that the battery will run flat too soon. Luckily, the average EV has the same range as the average gas car. This means that a fully charged EV should normally get you as far as a car with a full tank of gas would.

Of course, this is just an estimate, and some EVs might last for shorter periods than normal cars, while others will outlast them. While it might be unnerving to drive in a car that has to be charged instead of filled with gas, there’s really no reason to worry.

The speed of EVs has been a heated debate for quite a while. Some people are firm in the belief that EVs are faster than normal cars, while others will argue the opposite. The truth is that there are so many different types and brands of EVs and cars that it’s nearly impossible to say for certain which is faster. Some EVs will be able to outrace certain cars, and other EVs might be slow compared to the same car.

The speed of the EV is dependent on what EV you have, but generally, they won’t be much slower than a normal car. If speed really is an issue, it probably won’t be for long. Technology is advancing every day and EVs are advancing right along with it. New features are added to nearly every EV that is developed. The general consensus seems to be that while the speed of EVs compared to normal cars may differ, EVs can usually accelerate faster than normal cars.

Self-Driving Cars are the Future

Self-driving cars are something that’s been brought up a lot in past years, especially with regards to EVs. Some self-driving cars are actually already in development. This will open many doors for many people, especially people with disabilities. Getting on the EV wagon now might be smart, as their prices are bound to rise as they advance.