Convincing Your Teen To Buckle Up 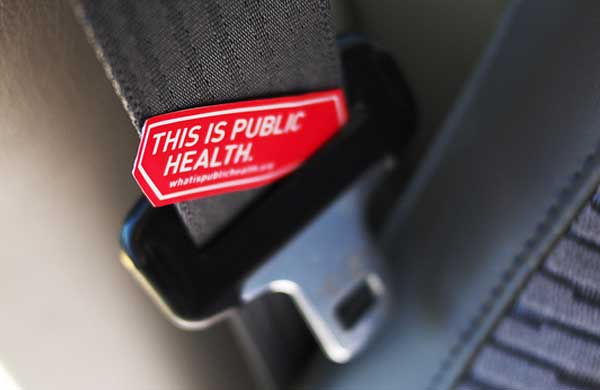 For the majority of people, our first memories probably revolve around being told to buckle up by our parents, and that the car will not move until everyone has their seat belt on. Parents do this not to inconvenience their child’s life, but because they love their children and want them to practice good habits until it becomes an automatic response to entering a vehicle.

Despite this popular practice, teens are increasingly not wearing their seat belts, and according to new reports, are finding themselves in fatal situations. According to the Centers for Disease Control and Prevention, nearly half of all vehicular fatalities suffered by teens show that they were not wearing their seat belt. In addition, they have found that motor vehicle crashes are the number one cause of death for teens in the United States.

Safe Kids Worldwide has collected data to further prove just how vitally important it is for changes to be made in teenager’s habits. The organization is constructed of a network of global organizations which have dedicated their time to providing caretakers and parents with resources to protect their children from what they call “unintentional injuries”, which are the leading cause of death to children in the United States.

Recently a survey was conducted by Safe Kids Worldwide, with funding from the General Motors Foundation, asking teenagers from ages 13 to 19 why they have not buckled up in the past.

The following are some of the most popular reasons:

So what can parents do to instill this practice into their teens and encourage a safe habit? Well, starting when they are young, and subtly or overtly asserting its importance, is a great habit to get into.

Another strategy is to tell teens and children how important it is to speak up if they find that somebody is not driving safely, even if that person is an adult. The survey found that 28 percent of the teenagers questions had ridden in a car with a parent who was texting, or practicing unsafe driving techniques. Safe Kids Worldwide have maintained how important it is for adults to be a role model, practice what they preach, and always wear their belt.

A Guide to Scrap Car Market

5 Benefits of Owning a Garage Business In The UK