The eagerly anticipated Acura NSX will next be launched in 2015. Despite the future date, car enthusiasts have already started conjecturing on what the latest from Acura promises. Many will remember how the Acura NSX revolutionized the concept of attractive supercars in the early 1990s by making them more reliable. After a long hiatus since production stopped in 2005, the Acura NSX is back and will arrive with a new model in 2015. 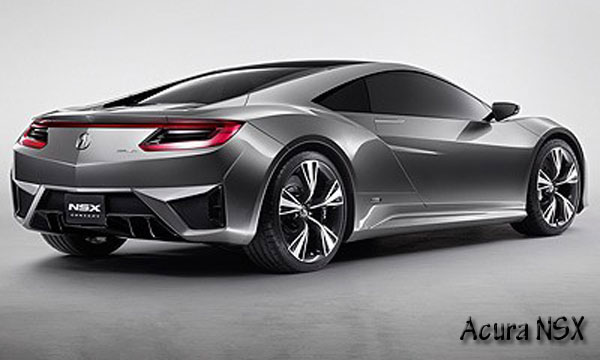 The model will come equipped with a 3.7 liter engine and will be a hybrid car. It will have a total of three electric motors to provide the power. Two motors will be installed in the front while one will be situated on the back side of the car. Like all the previous models, this too will come in an all-aluminium body, which will make it lightweight and faster than other cars. It is expected that the car will take approximately three seconds to go from 0 to 60 miles per hour. The approximate weight of the car will be around 3100 pounds. However, since work on the design has not yet been finalized, this is only an estimate. It is likely that the design will be adjusted after the results of crash testing are out.

What is new about the design of the Acura NSX 2015 is that the electric motor is connected to the gear shaft as opposed to other hybrid car models where the electric motor is connected to the input shaft. This gives the model the added advantage of generating more energy without experiencing engine braking. Power transmission is also enhanced with the help of this feature, which makes acceleration much better than other models.

Changes have also been made to the design of the car. The 2015 Acura NSX will come with certain variations including moving the battery to the center tunnel and the luggage compartments being moved to the front. These changes are expected to help maintain the balance of the car as it accelerates and turns bends. 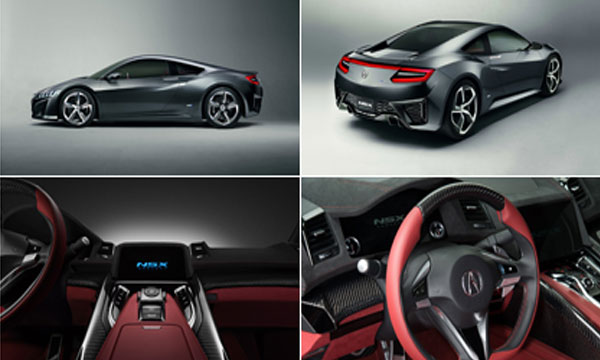 The design of the car has been changed to make it look more compact. Compared to the last model that was released, the car has a reduced length but an increased width, which adds to the balance of the car. The height of the car has also been reduced so that its centre of gravity is closer to the ground which makes it more stable at high speeds.

It is expected that the car will be launched at a price of $130,000 which makes it quite competitive compared to other hybrid supercars that provide similar features.