Subaru of America (SOA) founded in 1968; it is a subsidiary of FHI Japan, and distributor for sales and marketing of Subaru vehicles in the United States.

The company has a good reputation for producing well all weather vehicles and now enters into the third – generation race and presents its new version, Subaru Forester 2014. The new Forester is a hugely important and sophisticate vehicle for Subaru and while moving it around off-road is a great fun. It is bigger, quieter, more efficient and more capable vehicle. This model is bigger in size and has much better ride quality as compared with the Subaru model which was introduced in 2008. There are some noticeable changes in the 2014 model are as follows: 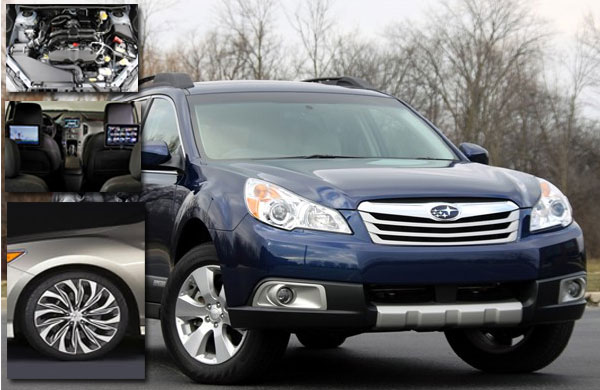 The 2014 Sabaru Forester comes with four cylinder engines. A new direct fuel injection 2.5 turbo engine is placed in it. This engine is so powerful that have 170 horsepower and 174 lb-ft of torque.

The interior changes the look dramatically as the curved front dash of the outgoing model has been reshaped. The rear seat legroom has been improved, the instrument panel and center stack has also been modernized. Subaru has also changed its audio system and enhanced navigation and Smartphone integration features.

The other matchless feature of Sabaru Forester is, one touch fold down second row 60/40 seats open up to a bigger cargo area and amazingly shows more its luggage capacity.

In the 2014 model, the transmission includes a six speed manual that should be far more efficient than the previous four speed automatic transmission.
An aggressive look

The next generation Forester gets a significantly upgraded its overall footprint as it is measuring 68.2 inches high, 70.7 inches wide and 180.9 inches long. It has a wheelbase of 103.9 inches which is suitable for urban and suburban environments.

After making debut in Los Angeles, the Forester will go on sale in the US next year and the pricing information will be released closer to its launch. No doubt this is a masterpiece of engineering and the Subaru Forester 2014 has it all the features to compete in the market. So before making any judgement about Forester 2014, I think that it is an excellent machine.