GMC has brought out significant changes and upgrades right after it introduced the new Sierra. The car received professional upgrades which has brought it the new age standards. The car was already capable of great hauling and towing figures. However with the new upgrades, things seem to be turning out even better for the car. However the noticeable change in 2014 Sierra is that it gets a better fuel economy and performance.

GMC has been pretty busy with the upgrades and has large scale changes for its trucks. The Sierra and its cohort Chevy Silverado received new powertrains, weightier styling, nicer cabins and new safety features in them. 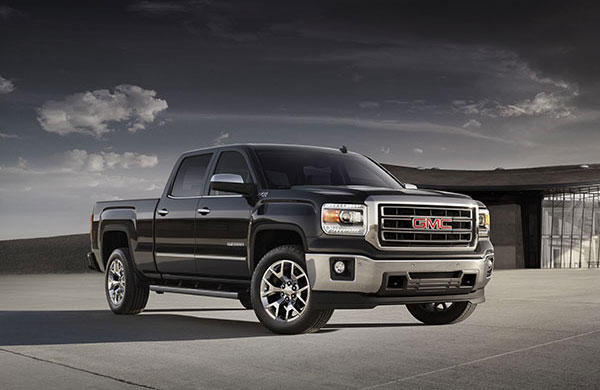 It seemed obvious that Sierra only needed a better visual look for being on the road for almost 7 years now. The new look proves to be more gentle as compared to the roughneck style that was previously available. The look is refined enough but striking in its blocky, bluff front end and its chiseled fenders. The bold black and metallic grill makes a strong first impression for the observer, as well as the chunky, flared fenders and the projector headlamps coming packed in with LED trim lightening capabilities. The changes appear to be big, as big as Sierra HD, making it more appealing now.

Taking a look at the interior it appears that the dash is still in its upright position with a simple design livened by soft touch plastics along with real aluminum. The controls are arranged and placed in all the important key areas. The placements are to the left of the steering wheel or in a large center stack area. All of them are rather large and straightforward, along with cool blue primary lighting, red arms on the dials, and red backlighting.

GMC has been pretty busy and has almost updated its entire lineup of engines in the Sierra. The 2014 GMC Sierra 1500 Crew cab coming along with a new V 6 and two new V 8 engines each with an aluminum block and heads and receiving direct injection. These interjections have continuous variable valve timing and an Active Fuel Management. The Active Fuel Management helps in allowing them to run on just four cylinders. If you prefer moderate towing jobs then you need to invest your time in getting to know the V 6. The V 6 is quite a capable engine class, it helps boost the torque and brings about usable power means for the engine.

The 5.3 liter V 8 is not that bad, it gives you around 355 horsepower and the gas mileage on it not that bad either. Muscular acceleration combined with extreme towing capacity makes the V 8 a preferable engine to own. There are rumors in the market that GMC will be introducing a 6.2 liter V 8, the engine will have 420 horse power and 12,000 pounds of trailering. The three engines discussed above can be paired up and be used for effective results. It so appears that the market will have quite bigger expectation for the upcoming V 8 and will have more expectation for 2014 GMC Sierra 1500 Crew cab.