The wait for the New 2014 C7 Corvette finally comes to an end after the latest model was unveiled at the 2013 North American International Auto Show. Staying true to its tradition, the 2014 C7 Corvette comes ten years after the last model was introduced into the market. The new mid-engined car has been developed by Tadge Juechter and his design team who have been diligently working at it since 2007. 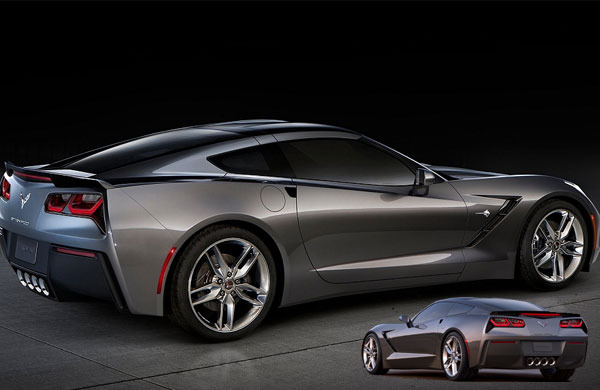 However, the new model is not as revolutionary as was expected because of the financial crunch and the closing down of several leading auto manufacturers. As a result, it seems that the 2014 C7 is an improved version of the earlier C6 model. As in all the previous models, the signature front-mouthed pushrod V8 has been incorporated as the hallmark of all Corvette models.

The car weighs 3000 pounds and has been constructed along the lines of a three-rail space frame. This design was first introduced with the C5 model. One can also find the main members made from hydroformed-aluminium. The flooring is made from carbon-fiber which provides speed and avoids weighing down the car. Bulkhead panels have been used to add strength to the structure. The C7 also has the one-piece lift-off roof that can be seen in earlier models such as the C6 and C5.

It is also expected that carbon fiber will be used more widely in the model. This is a reflection of the improved manufacturing processes that have made production of carbon fiber more efficient in terms of cost. The powertrain and suspension are held in place by magnesium cross members. The steering is the traditional rack and pinion model that is powered by electricity. In terms of external appearance, some dramatic changes have been made to the side view.

The C7 model flaunts a sleeker and smoother look thanks to the toned down B-pillar. It does not look bulky or heavy as a result. The side-glasses are also shaped to give a more streamlined appearance to the car. Sadly, for $55,000, not much attention has been paid to improve the interiors and it all looks fairly simple despite the use of leather and a touch screen. 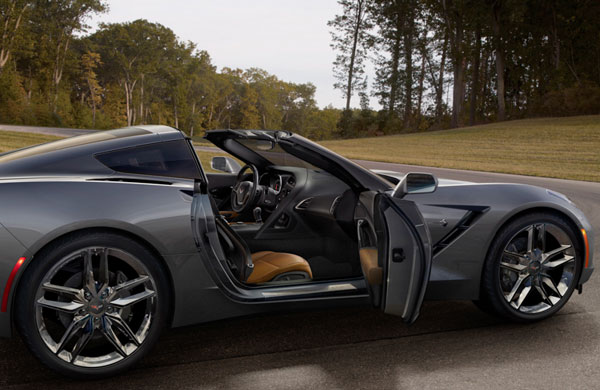 The C7 is powered by a 6.2 liter engine. The model is based on some new technologies such as direct injection, cylinder shutdown and variable valve timing. It is expected that the engine will produce more than 450 hp at 6000 rpm. The gears can be adjusted to seven different speed levels.