Launched in 2002, the MINI Cooper hatchback has come a long way from just one model to six distinct models over the period of a decade. Two more models are in the pipeline and will be launched in the coming years. Each time, the company introduces a new model from coupes to crossovers. The company also launched the successful Countryman to include the first all-wheel drive to its list of accomplishments. The MINI range offers something to suit every taste and pocket. The current lineup of the Cooper coupe also boasts of three unique versions. 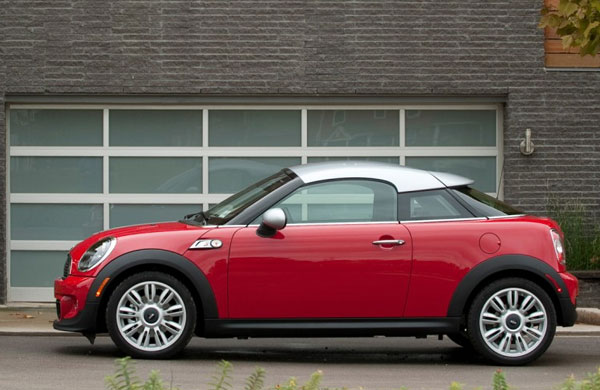 The most consistent performer of the current lineup is the standard performance Cooper model. The other two versions, the Cooper S trim and the John Copper Works, offer greater excitement to the thrill seeking driver. It is easy to see that all three models are versions of the same basic design because of a number of common features. At the same time, each version has its own identity that makes it distinct from the others.

Each of the cars looks compact and eye-catching because of the large headlights and a short nose. The interiors also flaunt a fashionable look with a centralized speedometer and toggle switches. The floating roof allows the car to be used as a family as well as a sports car.

The most remarkable feature of the MINI Cooper Coupe is the driving experience. The model offers the most exciting and easy to handle front-wheel drives. Due to the compact size and light weight of the models, it takes very little time to gain significant acceleration. For even greater performance and excitement, the Cooper S and the John Cooper Works are better options. The Cooper S offers 181 hp power from a 1.6 liter four cylinder engine. 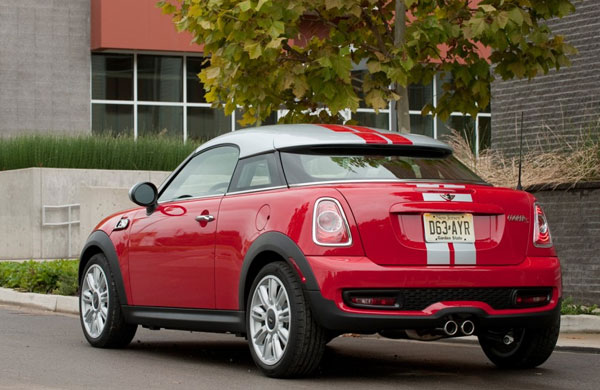 On the other hand, the John Cooper Works is able to produce 208 hp of power. The MINI Cooper range offers the driver an option of manual or automatic transmission. Each mode allows the driver to cruise at six different speed levels. Fuel economy is also excellent. On the city roads, it offers a fuel economy of 29 mpg which increases to 37 mpg on the highway.

Interiors are a let down

The interiors are not that impressive as the pervasive use of plastic does nothing to impart a sense of fun or luxury to the driving experience.